In the Time that it Takes to Read This Poem: Black Women, Sexual Violence, and COVID 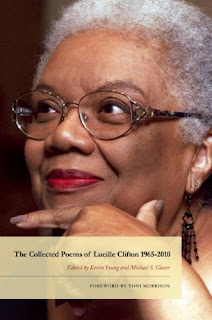 In her 1993 poem “Won’t You Come Celebrate With Me”, Black feminist poet Lucille Clifton wrote:

won't you celebrate with me
what i have shaped into
a kind of life? i had no model.
born in babylon
both nonwhite and woman
what did i see to be except myself?
i made it up
here on this bridge between
starshine and clay
my one hand holding tight
my other hand;
come celebrate
with me that everyday
something has tried to kill me
and has failed.

This month is National Poetry Month and Sexual Assault Awareness Month, a time of reckoning for and celebration of survivors, living and ancestral, crossing this bridge between starshine and clay, in COVID-19’s shadow.

Years ago, during casual conversation, Wren*, a now deceased older relative of mine, and contemporary of Clifton’s, disclosed that she had been sexually abused. Born during the early years of the Great Depression in the Deep South, she was from a generation of women accustomed to being told that the violence they experienced in their homes and families was the natural cost of being Black, female, and poor. She was that strong prototypical Black woman; heavily armored, guarding a tender heart, stealthy smile, monster work ethic, and a take no prisoners wit that dazzled and infuriated. Having no model, she couldn’t understand why “younger folks” made such a “fuss” about rape and sexual assault.  Shaping her life, she couldn’t understand why women of a more “liberated” generation didn’t just buck up and move on because “I was raped practically every day of my life”. Part of the African American exodus of Great Migration pioneers, she was fiercely proud that she’d moved to California on her own, worked any odd job she could find to support her family alone, and never had to depend on a man for support. Her stiff upper lip trauma has painful resonance as COVID-19 lays bare the disparities that survivors face in Black communities at the epicenter of the U.S.’ health care gulag.

Nationwide, African American women continue to have some of the highest rates of sexual violence, intimate partner violence, and domestic abuse in the U.S. By the time they turn eighteen, it is estimated that forty to sixty percent of African American girls have experienced sexual abuse. According to the National Center for Victims of Crime, Black women are 2.5 times more likely to be murdered by men than white women. Black women are also more likely to die at the hands of a current or former intimate partner than any other group in the country.

In the time that it takes to read this piece, a Black girl will have been sexually assaulted and a Black woman murdered by a husband, lover, or ex-partner.

In the time that it takes to read this piece, a Black child will be left motherless as the result of homicide by her one and only true love.

In the time that it takes to read Clifton’s poem, a Black child will be molested by a “trusted” family member who has groomed them with promises, treats, and whispers to 'stay silent'.

In the time that it takes to cross the bridge between starshine and clay, a Black child will be trafficked over and over again because the rape of a minor is a more valuable capitalist street commodity than drugs.

These brutal hidden-in-plain-sight realities have been ripped open as a result of decades of anti-violence activism. Yet, as a survivor and mentor to Black girls, I am reminded every damn day that the scope and atrocity of sexual violence has not changed significantly over the course of my lifetime. As survivors many of us are reminded that even though we fight to end child sexual abuse, and even though we “celebrate everyday something that has tried to kill us and failed”, we continue to grieve our childhoods.

Reflecting on early sessions of the National Black Women’s Health Project (NBWHP) in the eighties, founder Byllye Avery recalled that “The number one issue for most of our sisters is violence—battering, sexual abuse. Whether they are twelve or four.” In their 2003 book, Gender Talk, Beverly Guy-Sheftall and Johnetta Cole describe NBWHP’s powerful and near heretical platform for Black women’s self-determination. “During the early years of the project, Black women broke the conspiracy of silence and dared to speak about the race secrets they’d been programmed to keep.” Then and now, these race secrets entailed unquestioned allegiance to Black patriarchy, the Black church, and Black heteronormativity. Then and now, to paraphrase Sheftall, Black folks are often more galvanized by police violence against Black men than the hidden-in-plain-sight violence that occurs every minute of every hour against Black women, girls, and children in our own homes, churches, and families.

COVID-19 has amplified this regime of violent silence and complicity. Noting the intersection of sexual violence and COVID-related disparities, Black feminist activist, filmmaker, and author Aishah Shahidah Simmons has called institutionalized sexual abuse and sexual violence a “pandemic within a pandemic”. Rape culture as a constant, unrelenting fact is one of the many “silent” ways normalized violence and misogynoir shape the lives of Black women and Black people on a day-to-day basis regardless of viral outbreaks. Yet, the coronavirus’ devastating economic and social toll on communities of color has been insidiously reflected in skyrocketing sexual, intimate partner, and domestic violence rates.  With the escalation of the outbreak and global shutdowns, domestic violence hotlines have reported an uptick in victim calls, while providers work around the clock to provide mental health resources, shelter, and other forms of victim assistance to survivors. Shelter in place orders are especially difficult for Black girls and girls of color who, even under normal circumstances, must juggle schoolwork, caregiving, and household responsibilities. Now, many have the added burden of being at home (recognizing that home could be a group home, camper, shelter or traditional house) where they may be more likely to experience abuse without the buffer of school resources or adult advocates who provide a safe haven.

Stress and burnout related to gender-specific duties are common themes among my students. Our imperative during the pandemic has been creating safe spaces for them to write, talk, reflect, and self-care.  While feelings of depression, fear, and anxiety are pervasive symptoms of COVID’s staggering mental health impact, Black girls have always struggled with the cultural demand that they repress their emotions and “keep it moving”. This is the story that connects my grandmother’s generation to Generation Z youth coming of age in a #MeToo and “Surviving R Kelly” era still defined by the racist/sexist privileging of white female victimhood and Black male redemption. 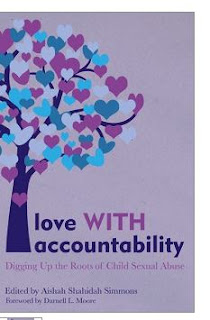 Aishah’s new anthology Love With Accountability: Digging Up the Roots of Child Sexual Violence addresses these issues head on. The collection, which features essays from Black diasporic child sexual abuse survivors and advocates, including me, highlights restorative justice community-building and critical resistance from an African descent perspective. In the introduction, Aishah explores her own complex history of sexual violence and the hierarchy of oppression(s) in communities of color. She argues,  “It is my affirmation that every single one of us will make the commitment to refrain from marginalizing, or, worse, condoning child sexual abuse or any other form of gender-based violence in the name of any “greater issue” which in communities of color often means solely focusing on white supremacy…the eradication of racism and white supremacy alone will not make our communities safe. We should not have to be murdered by white vigilantes, the police, or any other apparatus of the state in order for our communities to believe harm has been committed. For many survivors of child sexual abuse, physical death is not necessarily the worst thing that can happen to us, especially when we have to engage with our harm-doers over and over again without any form of accountability.”

These words resonate when I think about Wren’s generation and those before hers. Black women steeped not only in the trauma and shame of ritualized anti-Black misogynist violence but in the fighting power, creativity, and resilience of thriving survival. In the time that it takes to read this piece, a Black girl might find the healing truths of a Black woman ancestor, holding onto her for dear life, crossing this bridge between starshine and clay.