Keep "God" and Christian Fascist Theocrats Out of Our Wombs

By Sikivu Hutchinson
Atrocities like the Alabama abortion bill are one of the reasons why I’m an atheist. Barefoot, pregnant, and bombed back to the Stone Age continues to be the clarion call for dominionist lawmakers who are bound and determined to hijack women’s rights.

It was no surprise that twenty-five Republican white men (one of whom is Dr. Larry Stutts, a freshman senator and OB-GYN who was dubbed Alabama’s 2015 “Scumbag of the Year” for seeking to repeal a law named after a patient who died in his care shortly after giving birth) in the Alabama state legislature were the linchpin for passing the most draconian anti-abortion bill in the nation and shepherding it to the desk of Alabama Governor Kay Ivey, who dutifully signed it into law. These are the same kind of men who queue up in front of abortion clinics to hound and demonize pregnant women. They are the same kind who lock and load at the mere mention of “abortionists” and think chastity belts are long overdue for a revival. The same kind who howl, piss, and moan about their immoral “God and Country” and foment Christian fascism based on a deeply misogynist fear of women’s bodies, sexuality, and reproductive autonomy. They are also the same kind of men whose protected white families systematically benefit from Black, Latinx and Indigenous peoples’ poverty, segregation, and criminalization by gutting social welfare funding and anything that supposedly “reeks” of wealth redistribution. As it stands, the Alabama “Heartbeat” bill—which was preceded by similar bills in Georgia, Mississippi and Ohio—has been framed as one of the most potent threats to Roe vs. Wade. But it should be also be viewed as a bellwether of economic injustice. Far too often, the focus on abortion rights, rather than on reproductive justice, does not adequately address how abortion is a powerful force for women’s economic liberation.

As other abortion rights’ advocates have pointed out, these bills are most prevalent in states that have some of the worst health and poverty indices for women of color and children in the nation.  Georgia has the second highest black maternal mortality rate in the country (According to the Centers for Disease Control, Black women died at a rate over three times as high as white women during childbirth).  Alabama ranks 49th in infant outcomes due to poor scores in infant mortality, low birthweight, neonatal mortality, and preterm birth. Poor and rural women constantly struggle to find adequate maternal care providers in these states, further belying the claim that Heartbeat laws “protect” children.  Alabama also has the sixth highest poverty rate in the U.S. with over 17% of Alabamians living below the federal poverty line. 250,000 Alabama children live below the poverty line and the state’s child food insecurity rate is 22.5%, well over the national average of 17.5%. Predominantly African American counties in Alabama have the highest poverty rates in the state. Despite all their claims of Christian charity, poverty, child care and social welfare have never been of concern to the Religious Right theocrats who passed this law on the backs of women of color.

The South and the Midwest’s anti-abortion assault fundamentally undermines women’s right to self-determination by jeopardizing their earning potential, job mobility, and ability to access child care. Nationwide, communities of color disproportionately rely on family planning providers like Planned Parenthood for counseling, screenings, contraception, and abortion care. The closure of family planning clinics across the South and Midwest has forced women to travel hundreds of miles for care; further endangering their lives, families, and incomes. The Alabama bill stipulates that doctors who perform abortions could be charged with up to 99 years in prison, a provision that criminalizes health care practitioners and lays the foundation for a dangerous pre-Roe era underground abortion economy. The bill’s prohibition on abortions for rape and incest victims would also heavily impact Black and Indigenous sexual assault victims (who have some of the highest rates of sexual assault and rape in the U.S.), condemning them to relive the trauma of their assault through forced pregnancy and government invasion—a prospect that hearkens back to the sexual terrorism of slavery and colonial occupation of Native land.

The white fundamentalist Christian stranglehold on Southern and Midwestern legislatures has proven to be a national cancer which further exposes the dangerous lie of a God-based, biblical morality. The Alabama bill is yet another wake-up call for why theocracy, and all its amoral patriarchs, must be aborted.

On May Day, Combahee’s Legacy for Black Women Workers 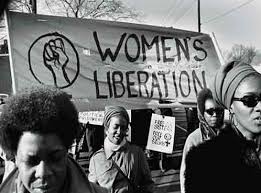 Over forty years ago, the 1977 Black feminist Combahee River Collective statement laid out a bold platform for anti-capitalist change. Black lesbian activist Barbara Smith and her co-authors argued “that all Black people’s oppression was rooted deeply in capitalism” and that it was important to use a “Marxist analysis…and an understanding of class relationships that takes into account the specific class position of Black women who are generally marginal in the labor force.” Staking out a socialist position, the Combahee Collective noted that, “Work must be organized for the collective benefit of those who do the work and create the products, and not for the profit of the bosses. Material resources must be equally distributed among those who create these resources… A socialist revolution that is not also a feminist and anti-racist revolution will not guarantee our liberation.”

Thus, on every demographic indicator, Black women fare significantly worse than white women in wealth accumulation.  Age, educational level, and marital status did not equalize their access to wealth relative to white women.  Wealth accumulation is strongly influenced by residential and housing patterns.  Because Black women of all classes live in disproportionately segregated communities with high levels of poverty and transience they have less access to the home equity that constitutes the primary source of American wealth.  As a result, white women’s across the board advantages vis-à-vis Black women is rooted in the intersectional privilege of race and class.  White women have historically had the advantage of “intergenerational transfers like financing a college education, providing help with the down payment on a house and other gifts to seed asset accumulation (that) are central sources of wealth building.”
Compounding these issues is the impact of last year’s Supreme Court ruling on the Janus vs. AFSCME case, which undermined public sector unions’ ability to collect dues and organize workers. Janus is especially harmful for Black women workers due to their greater levels of public sector union involvement and reliance upon the ever-shrinking defined benefit plans provided by government employers.
All of this comes as there is a supposed “reckoning” with the failures of capitalism among the robber baron one percent, who whine about their concern for income inequality in think pieces and conferences for the mega-rich.  At the same time, mainstream outlets like MSNBC lament Americans’ notoriously low savings rates (the “average” household has approximately $12k in savings) but omit the racial and gender disparities that give white households a significant generational advantage in wealth accumulation. Doubling down on white supremacist patriarchy, Stephen Moore, the Trump administration’s pick for Federal Reserve chief, recently remarked that men’s declining salaries should be the primary concern for U.S. economic growth. Moore’s sexist claims were similar to other comments he’s made promoting gender discrimination in sports. But they are also symptomatic of the widespread view that women’s wages matter less to families, communities, and the American workforce than men’s do.

In addition, national assessments about the graying of the American workforce typically marginalize the staggering impact aging has on the livelihood of women of color workers. According to the AARP, age discrimination-related EEO complaints filed by African Americans have dramatically increased since the 1990s.  Once Black women hit their fifties, they are at greater risk for job insecurity, career stagnation, unemployment, health challenges, bankruptcy, eviction, and homelessness. Older Black women who have spent most of their lives as sole or primary breadwinners (an estimated 80% according to the Economic Policy Institute) are also more likely to be saddled with caring for multiple generations, making retirement an elusive fantasy.

At recent presidential candidate forums for women of color voters and labor activists, some Democratic hopefuls outlined economic reform agendas advocating for more affordable and supportive housing, public sector union protection from pernicious Right to Work laws, Medicare expansion, universal child care, and reparations.  The social democratic agendas of Bernie Sanders (who was jeered at the recent She the People voter forum over his failure to articulate specific proposals for Black women) and New York congresswoman Alexandria Ocasio-Cortez have forced these candidates to step up their rhetoric on incorporating racial and gender justice into their platforms.  But for Black women workers, campaign promises trumpeting a laundry list of “reforms” will not redress the fundamental wealth divide that informs white supremacist capitalist patriarchy.  Lasting systemic change must include increasing taxes on corporations and the super elite, boosting capital investment in large scale supportive, subsidized housing that’s connected to wraparound mental health, wellness and educational services, daycare, and after school programming, instituting a guaranteed living wage as well as Swedish-style paid family leave. The gauntlet that Combahee threw down is still a revolutionary promise for Black women in an apartheid economy. As radical-progressive voices continue to hold corporate Democrats’ feet to the fire, Black women workers will be critical to turning the neo-fascist tide.