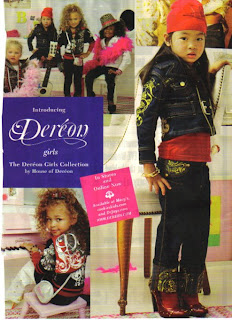 During the presidential campaign it became customary for ill-informed pundits to make declarations of gender equality because there were two female candidates running for high office. Feminist critics pondered the implications of having elite white women in the race, while Barack Obama gave a nod to gender by promising to address the pay equity gap when elected.

Now that the campaign has ended, the economy smolders and a trillion dollar bailout-fueled deficit looms, the prospect of seriously addressing the pay gap at the federal level looks bleak, due to opposition from the U.S. Chamber of Commerce on Congressional wage reform bills. Despite all the inspirational sisterhood rhetoric that Hillary Clinton and Michelle Obama inspired during the campaign, there was little focus on the actual circumstances of working women of color, who comprise the majority of the American (paid and unpaid) workforce and a big portion of American consumers. The myth that educated women of color have equal access to all professions regardless of their obligation to home and family persists despite a sweeping report from the Public Policy Institute of California which concluded that the gender divide in wages and occupational equity has widened. Women are still concentrated in lower-paying service sector jobs and excluded from more lucrative male-dominated science, engineering and technology fields. And women, surprise, surprise are still saddled with the majority of childcare.

So this myth of equal access has particular relevance to the way girls and boys are “gender programmed” into their roles as providers and caregivers by consumer culture. Girls’ social construction as objects and boys’ construction as active subjects begins right out of the womb. From clothes to toys to media images, gender programming amounts to little more than political propaganda on how to be male or female. Non-gender conforming little girls and boys are marginalized by the near-Victorian enforcement of gender hierarchies for children. When navigating the explosions of pink and blue in the infant and toddler clothing aisles the divisions are clear—based upon the designs and insignias that manufacturers slap on their clothes, little girls are to be pampered, indulged as sweet, beautiful, precious and deferential. Boys, on the other hand, are to be productive, self-sufficient, enterprising, rough and, ultimately, violent. Despite the inroads women have made into “non-traditional” careers, many children’s catalogues still feature scenes of boys engaged in rough and tumble or discovery-oriented play and girls decoratively draped around toy stoves, kitchen sinks and life-size dollhouses. These images of domesticity reinforce the not-so mixed messages that girls get from Bratz Dolls hawking multiculti coquettishness to pop singer Ashanti’s Donna Reed-style sex kitten video “Good-Good”—namely, that having professional aspirations is fine but make sure that you are fetching, non-threatening and know how to keep your man happy in the process. Female submissiveness is a given that young women internalize and act out in their interpersonal relationships, even as they see strong women of color all around them struggle with raising families and working jobs with no benefits.

For boys, gender programming results in conformity to destructive social norms. When they talk about gender the teens I work with often reflect on how they are taught to suppress their emotions in order to appear strong and invulnerable. Invulnerability translates into acceptance from both their male “homies” and female peers. For some, life in working class black and brown communities demands adopting a code of “hardness,” one that is reinforced by the glorification of violent masculinity that they see in white-dominated TV, film, network news and video games. Yet while young white men are validated by the media regime, the stakes are higher for men of color. The heinous levels of assault and murder of black girls and women and the homicides of black boys who die at the hands of their so-called “niggas” exemplify the self-annihilating influence of sexism and patriarchy. Just as the national economic crisis imperils communities of color the crisis of destructive gender socialization amounts to low-intensity warfare on youth of color. And until we begin to empower young people to redefine and re-envision the boundaries of masculinity and femininity we will continue to be under siege.

http://www.blackfemlens.blogspot.com/
Posted by Sikivu at 11:13 AM No comments: