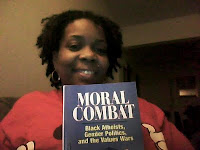 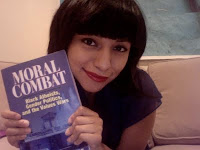 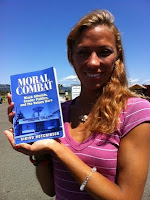 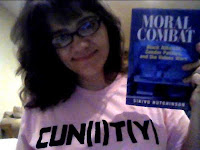 "It is refreshing to have a writer and scholar affirm, as I too believe, that social justice and morality is not solely the domain of religious institutions. Hutchinson makes no pretense of 'holding your hand' in her discussion of the state of religiosity and secular options. What she does is clearly, astutely and sharply present her arguments...Normally shuttled to the back of the American consciousness, Hutchinson locates it within the rich legacy of African American secular theorists and social justice activism from the antebellum period to the present. She speaks of and to her communities about her fieldwork and daily walk and work in these communities to present an alternative to the dominant religious belief system."

--Kamela Heyward-Rotimi, anthropologist and researcher
Posted by Sikivu at 3:52 PM 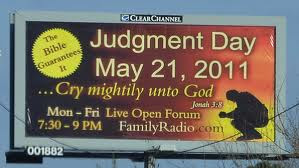 On the other end of the receiver Lloyd told me that he had wandered for eighteen years through the abyss of drug addiction until he found the Lord. Perhaps it was a revelation made driving one of L.A.’s Olympian freeways, addle-brained in a 3 a.m. pile-up, where thoughts of divine providence, frontier justice, and Armageddon inevitably lurk. Lloyd was the grizzled voice of a Robo-call confessional on the redemptive power of prayer. His vibe was hangdog sweet, elemental, authentically rehab. His mission was no crass megachurch soul grab, but a gentle appeal to the lost, the spiritually challenged. A simple prayer ripped from Matthew would grant entry into the kingdom of God, he insisted. If I pressed the pound key I could join his personal prayer club and as well as the fraternity of the saved.

Lloyd’s intervention was timely. For, soon, such random acts of kindness and simple Christian fellowship will be figments of a halcyon past. According to the crusty patriarch of a California-based Christian radio empire, the Rapture will come on May 21st. 200 million-plus God fearing “born agains” will be beamed up to the Promised Land. As for everyone else, the world will become one big giant hibachi grill. Some millenialists believe that scripture foretells a mammoth earthquake erupting in the Pacific. But I prefer to see their biblical charades as a parody of the return of Marvel Comics’ Galactus, the gangsta world devourer, now dispatching his herald the Silver Surfer to scope the sunburned sybarites on Venice Beach. In L.A. County, billboards trumpeting Judgment Day on May 21st are thick as a plague of locusts. They stretch all the way from South L.A. to the porn capital San Fernando Valley to foreclosure glutted Antelope Valley.

Southern California has always been the epicenter of cataclysmic endings. In his 1998 book Ecology of Fear, writer Mike Davis chronicled how Los Angeles has earned a special place in the ranks of literary and cinematic sadism. Over the past few decades L.A. has been done in by a thousand celluloid volcanoes, floods, earthquakes, and chemical plagues, fueling a multi-million dollar disaster porn industry. Yet its schizoid “innocence,” the lure of golden sun, surf, and possibility, still endures for many of the homeless youth I work with, who flee nightmare lives for a moribund Hollywood. Writing during the turbulence of the Vietnam War era, Jim Morrison, L.A.’s adopted poet laureate of apocalypse, lamented the end of laughter, soft lies and “nights we tried to die” in the 1967 song “The End.” It’s a lovelorn rant that has morphed into a call to arms for insomniac frat boys. It has also been interpreted by some as a paean to the end of childhood innocence in the dark descent of lust and mortality. Certainly the Rapture turns on this narrative. Most End Times propaganda evokes the familiar themes of the culture wars, drawing a causal connection between the recent spate of natural disasters and sinning gays, women run amuck, and hijacked freedoms. But the End Times set has merely crystallized the hysteria that birther Confederates and other patriots cultivated after Barack Obama’s election. Their nationalist appeal for racial redemption has always evoked the loss of innocence and the beast stalking the heartland as Eden.

So what do the enraptured tell their children as they tuck them in bed and kiss them goodnight after the evening’s prayers? How do they still the countdown to Armageddon in their heads, quiet the silent scream of dread that their best friend Jimbo or their new cafeteria line crush with the big blue eyes might be unaccounted for? After the lights go out, and the stuffed animals’ shadows deepen, will the little lambs wonder whether they might be caught on the dark side of unsaved souls circling the devil’s drain? Clearly, children can gain some mental rigor from an education in the mysteries of God-ordained massacres of the other. There is a Hitler youth wholesomeness in this Americana ritual. As now, I lay me down to sleep.

Sikivu Hutchinson is the author of Moral Combat: Black Atheists, Gender Politics, and the Values Wars.
Posted by Sikivu at 9:09 AM 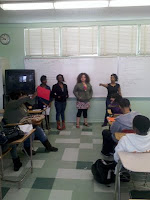 Last week I traveled to Mobile Alabama, the heart of the Bible Belt, a leafy, green college town replete with billboards for mega-churches and imminent apocalypse (according to Christian broadcaster Family Radio Worldwide May 21st is the new time and date). In the northern part of the state poor working class communities dug out from the ravages of the tornados, while southern Alabama escaped largely unscathed. I had been invited by the Secular Students Alliance and the Gender Studies Department of the University of South Alabama to talk about my book Moral Combat: Black Atheists, Gender Politics, and the Values Wars. During my lecture I faced a standing room crowd of heretics, fence sitters, curiosity seekers, and true believers bracing for a circus sideshow. Traveling across America to speak on freethought and abolitionism during the 19th century, white feminist atheist Ernestine Rose was smeared as being a “thousand times below a prostitute.” Centuries after Rose, the association of faith with female virtue and morality is still pervasive in our post-feminist post-racial Christian nation. Indeed, for some women of color, being “married to Jesus” is the only lifeline to genuine personal and spiritual validation. As religion scholar Anthea Butler notes, “having a husband meant that they could not give their ultimate all for the number one man on most African-American womens’ lips, and it’s not Denzel.”

As the Religious Right continues to gut women’s rights, its cultural propaganda suggests that the only way a woman can truly be validated as a moral being is through the policing of her body and her sexuality. Tragically, some of the most vociferous defenders of this regime are other women. At the end of my lecture, one woman came up to me and angrily demanded to know where I’d found the passage from Deuteronomy(20:10) which states that believers have the right to capture and enslave other tribes and keep their women and children as spoils that “God has given you.” Similarly, when I read another passage from Deuteronomy (22:28-9) which endorses sexual terrorism and the marriage of raped women to their attackers (after a bride price is paid to the victim’s father), some audience members groaned that it was “taken out of context” and attempted to shout me down. The nuances of context are indeed important where rape is concerned. Perhaps the predator whispered sweet nothings into the victim’s ear and asked her what sign she was before the assault? Perhaps he was just a good old boy next door who hadn’t “had some” in a while and was overcome by his natural manly urges. Yes, the Good Book makes sluts out of women and savages out of men. Instead of self-determination it gives women the holy gift of s&m as a special kind of manifest destiny.

Despite the misguided belief that post-feminism rules the day, sexual terrorism against young women is still a widely accepted norm. According to a recent article in the Root, an increasing number of black girls are being sold into prostitution and sex trafficking. But “in both the international and national anti-trafficking movements, black girls who are victims of prostitution are invisible.” It is no revelation that the lives of black girls are devalued when mainstream media and public attitudes promote the Madonna/whore dualism of innocent white femininity and hyper-sexual black femininity. In her Colorlines magazine review of the new book Girls Like Us by sex trafficking activist Rachel Lloyd, writer Rinku Sen notes, “the black and Latina girls with whom Lloyd works are thought to have chosen their life, to be oversexed or scheming or too lazy to do anything but sell themselves. They are referred to as young adults, even when they are far under 15, and cops call their rapes “theft of services. Even though federal law says that anyone under the age of 18 who is sold for sex is a victim of severe trafficking…if the girl is an American and of color, she will too often be arrested, charged with prostitution and jailed.”

The degraded morality of black and Latino girls is not an abstract concept. Attitudes about sexually impure young women come readymade from biblical scripture and Catholic dogma, the worlds that most of my students are intimately connected with. In this context, any young woman who tries to educate others about feminism and anti-sexism has embarked on a brave and revolutionary journey. As mentor teachers for the Women’s Leadership Project (WLP), a South L.A.- based high school gender justice program, my partner Diane Arellano and I train our students to lead in-class workshops on the everyday impact of misogynistic language, stereotypes, and media imagery. Students develop critical consciousness about their shared struggle vis-à-vis the stereotype of the sacrificial good black/Latina woman of faith.

On several occasions our students have been chastised by girls who argued that sexual violence and high rates of HIV/AIDS contraction in communities of color was simply the fault of “slutty” girls. The good girl bad girl mentality is legion. For some high school girls compiling and circulating virtual “slut lists” as leverage against “bad girls” is a popular past time. But endorsing misogyny is, of course, how we roll. It is no accident that sexual violence against women is epidemic in religious fundamentalist societies. Ultimately piety only cuts one way, i.e., right down the impure bodies of women as the fount of original sin. Misogynist authoritarianism demands that women be complicit in their own dehumanization. So when black recording artists rake in millions dehumanizing black women we become willing consumers. We masochistically rush to justify and excuse. Why? Because despite all of the strong-backbone-of-the-black-community post-feminist rhetoric, black women are still accustomed to seeing themselves through the lens of the oppressor.

During one session on reproductive justice, many of the girls in the class averted their eyes in shame when our students spoke about the basic human right to choose when to have an abortion or plan a family. They literally refused to respond to the WLP students’ challenge to the male voices dominating the discussion. Unaccustomed to frontal critique of masculinity and male violence, some of the boys accused the WLP students of “male-bashing.” Of course, centuries after it was enshrined in the Old and New Testaments woman-bashing as law and public morality is still a cornerstone of the West’s unshakeable faith. And as the pro-death, anti-abortion, anti-family values fascists of the right drive their biblical stake through women’s bodies our young black and Latina revolutionaries will be prepared to face them.
Posted by Sikivu at 8:24 PM