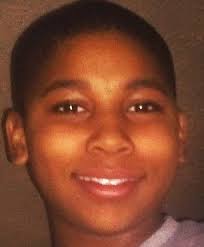 Once again, white America can breathe a collective sigh of relief that its kids are alright.  They are protected, they are innocent, they are worthy of all the privileges that the U.S.' bankrupt legal system can offer.  They are validated as human beings and as children who should be allowed to experience life as children.  When they fall, make mistakes, push boundaries, the system is always there to catch them.

Condemning Cuyahoga County, Ohio prosecutor Tim McGinty’s decision not to indict the white officer who murdered twelve year-old Tamir Rice, the Reverend Traci Blackmon said, “Even in an open carry state, the killing of a black child carrying a pellet gun is rendered justifiable”.  Blackmon’s reference to open carry is a reminder of the racist hypocrisy of the NRA’s pathological gun culture, its role in shaping American male identity and white nationhood; and its deadliness when it comes to the lives of black youth. Because open carry is designed to ensure white citizens’ right to exercise violence in public space, Rice could only have been protected by the logic of this permissive gun law if he was white.

In the death scope of the Cleveland police and the Cuyahoga grand jury, the state’s second murder weapon of choice, Tamir Rice could only be a lawless criminal, junior thug and public enemy, “older” than he appeared and hence culpable for his own murder. What he was not was a typical boy—a child playing cops and robbers with the same toy gun that scores of white boys pick up in the course of an average day, a child mimicking the very police officers who assiduously protect their families and communities from the black Other represented by twelve year-old babies like Rice.
In 2010, when seven year-old Aiyana Stanley-Jones was murdered as she slept in her bed by a white Detroit police officer during a SWAT team raid on her home, the community marched, protested and mobilized against police terror. Because she was a black girl, Jones’ execution did not receive the same level of attention that Rice’s has.  In January, after nearly five years of legal wrangling, mistrials and retrials, all charges against Joseph Weekley, Jones’ killer, were dropped and he walked free.

As an instrument of the prosecution, the grand jury process shielded Rice’s killers from justice.  Writing in the Washington Post, Ari Melber notes, “Grand juries are built to be a tool of prosecutors. They don’t hear from both sides in a case, like a trial jury would. They hear only from the prosecutor, who decides what evidence and testimony is presented.  That’s why the old saying goes that a grand jury will ‘indict a ham sandwich’ if a prosecutor tells them to — because the prosecutor calls the shots…assum(ing) the prosecutor wants to prosecute and, ultimately, secure a conviction.”


McGinty and his grand jury have blood on their hands.  And while the U.S. masquerades as an exceptionalist beacon of democracy, smugly "superior" to other nations’ illiberal rejection of due process, the community is calling for Attorney General Loretta Lynch to investigate the grand jury process and immediately fire Timothy Loehmann, the officer who murdered Tamir. The lives and stolen innocence of all black children demand no less.
Posted by Sikivu at 10:56 PM 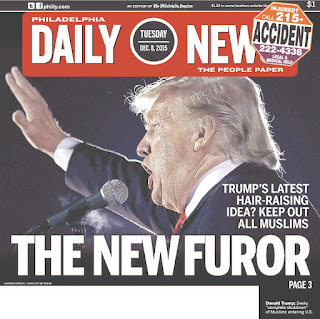 In 1963, Malcolm X declared that John F. Kennedy’s assassination was an example of “chickens coming home to roost”.  He argued that the U.S.’ climate of bigotry and state violence was to blame for his death.  Taken out of context, his comments were misconstrued by some as endorsing Kennedy’s murder.  In an interview with journalist Louis Lomax he maintained, “I meant that the death of Kennedy was the result of a long line of violent acts, the culmination of hate and suspicion and doubt in this country.”

Yet, one of my pet peeves is those who self-righteously claim that these fascist acts are “un-American”, when they are merely chickens coming home to roost. In his criticism of Trump’s rhetoric, President Obama claimed that this “is not who we are as Americans”.  Continuing in this vein, CNN commentator Fareed Zakaria wrote recently about being “appalled” by Trump’s bigotry as a naturalized American citizen (the essay is entitled “I am a Muslim. But Trump’s views appall me because I’m an American”).  Zakaria said he’s “proud of that identity because as an immigrant, it came to me through deep conviction and hard work, not the accident of birth.”

Zakaria’s statements are problematic on a few levels.  First, there is the specter of model minority bootstraps meritocracy implied by the characterization “hardworking immigrant”.  While some are “simply” granted the so-called rights and privileges of American citizenship due to the accident of birth, others like Zakaria, have worked damn hard to earn it.  Zakaria’s evocation of American exceptionalism discounts the realities of people of color in a nation where “hardworking” has practically become an antonym for being black.

Secondly, Zakaria laments being forced to claim his Muslim otherness despite identifying as a secular agnostic. Perhaps privileged brown folk like him can turn a blind eye to the pervasive invisibility and bigotry that non-white non-Christian Americans experience, but the majority don’t have the luxury.
After each terror attack allegedly perpetrated in the name of Islam, the U.S. launches into a predictable cycle of heightened anti-Muslim Islamophobic attacks and hate incidents.  Muslim communities become more visible to the mainstream as a reviled other, while public officials decry these explicit acts of profiling as an anomaly—not reflective of the “true” spirit of American values.

But the true spirit of American values has always been demonization of the other in the name of “democracy”.  Homilies about the U.S.’ moral uprightness and vaunted democratic freedoms are belied by the staggering reality of epic racial wealth gaps, deepening racial segregation and state violence.  Exceptionalists like Obama and Zakaria cling to the notion that the U.S. has the highest standard of living and greatest economic mobility among “developed” nations.  They peddle the illusion of American religious freedom and tolerance, despite the overwhelmingly Christian face of elected officials and the anti-Muslim, anti-secular bigotry that this dominance fuels. And they bandy the myth of civil education despite the apartheid structure of American public schools, their Eurocentric curricula, destructive zero tolerance policies and policing of children of color.

What the “I’m appalled because I’m an American” flag-wrapping posture really implies is that those others—in backward non-enlightened, non-Western societies that are supposedly so radically different from ours—don’t have the same high regard for principles of equality and justice.


Tell that to the descendants of Japanese Americans displaced from their homes, jobs and livelihoods during the World War II-era internment.

Tell that to the hundreds of activists of color discredited and slaughtered under the U.S.’ COINTELPRO regime. Tell that to black children systematically brutalized in the Obama administration’s police state schools while they pledge “one nation under God”.  Flag wrapping and patriotism in the face of fascism, overt and covert, are the last refuge of ahistorical scoundrels.
Posted by Sikivu at 10:42 AM