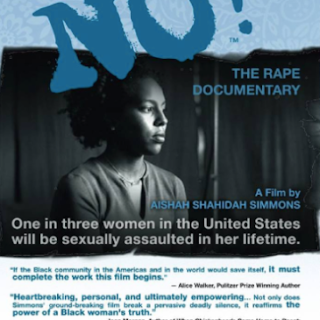 There’s a powerful sequence in black feminist lesbian filmmaker Aishah Shahidah Simmons’ 2006 documentary No! on sexual assault in the African American community, that intercuts between Black Muslim leader Louis Farrakhan and another male minister in the pulpit rallying a charged black audience against rape victim Desiree Washington.  In 1991, Washington was a Miss Black America contestant who accused boxer Mike Tyson of raping her in his hotel room.  Tyson served three years in prison for the rape.  In the film, both “men of god” dismiss Washington’s charges as frivolous and call on the Lord to protect Iron Mike.  “Ladies,” Farrakhan thunders, “You know full well the evil you do!”

The film’s image of black women as Jezebel temptresses exposed by righteous patriarchs seeking to redeem the name of a “good man” is a blistering and still timely example of the complicity of organized religion in black women’s sexual victimization.

As youth and adults across the nation observe Denim Day, the Peace Over Violence organization’s annual campaign for sexual assault awareness month, what often drops out of public discourse is how racist, sexist and hetero-normative gender norms demonize black women and girls as improper sexual assault victims.

When black female sexual assault victims make headlines it’s either because their abusers are “white” like Daniel Holtzclaw or wealthy and powerful like Bill Cosby.  The “ordinary” black female victim, and the abuser who lives in her house, sits next to her in the classroom, stalks her online, rents out her body or spews pious hypocritical shit about virtue from black church pulpits while preying on women after hours, are seldom seen, heard or acknowledged by our communities.

Whereas each week brings a tide of white female victims/survivors accusing, and, sometimes, triumphing over their abusers, black women and girls remain invisible, both as victims, survivors and heroines fighting back against sexual assault.  According to noted psychologist Gail Wyatt, “African-American women are raped at a higher rate than white women, and are less likely to report it.”  Given the slave era legacy of institutionalized rape and sexual assault of black women, her assertion is not revelatory but still has the power to stop one cold.  Amidst the overriding narrative of black man-as- über-victim-of-racial terrorism and state violence, why would the stories, the pain, the rage of ordinary black women sexual assault survivors be believed?

This question was amplified for me during a discussion about the impact of the school-to-prison pipeline at a community organizing meeting I attended recently.  Brainstorming about solutions to criminalizing school environments, there was little consideration among the group of how the experiences of girls of color with sexual abuse lead to their push-out and incarceration.    The discussion illustrated how gaps in intersectional organizing can be disenabling.  For, even as it has become more acceptable to talk about state violence against black women and girls in school communities, it is still difficult to broaden the narrative to consider how this relates to sexual violence committed by men of color.

In its 2015 report on the sexual abuse to prison pipeline, the organization Human Rights for Girls criticizes the arrest and incarceration of girls of color for non-violent offenses that largely stem from “childhood sexual abuse, (in which) a child that is being abused is trying to protect herself.” Black girls are disproportionately arrested and incarcerated for non-violent offenses committed as a result of the trauma of persistent sexual abuse.  Prior to Los Angeles County’s introduction of a policy discouraging the arrest of minors for prostitution (which is in actuality sex trafficking), the majority of those arrested for child prostitution in the County were black girls. This move was partly inspired by the Human Rights for Girls’ “No Such Thing as a child prostitute” campaign, which seeks to decriminalize underage trafficking victims who, if they are girls of color—straight, queer and trans—are often prosecuted and jailed for prostitution rather than treated as sexual assault survivors.

When we talk about the sex trafficking and prostitution of black girls in my high school classes there is often harsh judgment.   “I don’t care if she’s a 'ho',” one girl says, “It’s her business what she does”.  Among this group of girls, some of whom are abuse survivors themselves, there is little sympathy for young victims of sexual assault.  Turning their own trauma inward into self-blame, some believe that black girls in particular “know what they’re doing”.  They are not fragile, indecisive and malleable like white girls, they say.  They are in control, in charge, savvy entrepreneurs in league with the much older men who rape and sell their bodies again and again.

The myth of the strong, indomitable black woman is still a barrier to black girls being able to see themselves as victims, be it of intimate partner violence or sexual assault.  And because the movement to eradicate sexual violence in communities of color—spearheaded by organizations like the Black Women’s Blueprint, Black Women for Wellness, the Black Women’s Health Imperative and Sister Song—often has so little visibility, black girls internalize the toxic narratives that white supremacy, black misogyny and organized religion have normalized.  It is a bitter lesson that Desiree Washington, and other black women survivors, struggling in communities that don’t recognize their trauma and rage as legitimate, know all too well.

Whose Bodies? Black Lives Matter and the Reproductive Justice Imperative 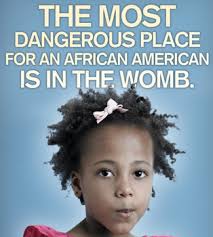 Abortion as Black genocide.  The most dangerous place for a black child is the womb.  Over the past several years, these toxic canards, often cloaked in civil rights rhetoric, have been used to smear abortion and demonize black women’s bodies. In 2009, when conservative organizations began targeting communities of color with anti-abortion billboard propaganda, black and Latina women’s organizations fought back with their own billboards and media campaigns.  These unrelenting assaults on the reproductive rights and self-determination of black women are epitomized by the wave of anti-abortion and anti-contraception state laws that have rocked the nation. One of the most egregious recent examples is a Missouri bill dubbed the “All Lives Matter Act”, which would define a fertilized egg as a person with rights.  This blatant appropriation of the Black Lives Matter mantle is just another example of the right wing’s efforts to undermine black liberation struggle by distorting the language of human rights.

In February, in an effort to address this tactic, Black Lives Matter activists publicly aligned with reproductive justice activists.  Historically, reproductive justice has always been about more than just unrestricted access to abortion and birth control.  Under slavery and Jim Crow, black women had little to no control over their reproductive destinies. In addition to having the least wealth of any group in the U.S., black women are also more likely to get abortions—precisely because of wealth and health care disparities. Thus, for black women, reproductive justice is a precondition for mental health, wellness, bodily autonomy and community enfranchisement.  Spearheaded nationally by the Atlanta-based African American women’s organization Sister Song, the concept of reproductive justice draws upon the notion of intersectionality, which situates women’s right to self-determination within a broader economic justice and human rights framework.  As Sister Song notes:

Reproductive Justice is a positive approach that links sexuality, health, and human rights to social justice movements by placing abortion and reproductive health issues in the larger context of the well-being and health of women, families and communities because reproductive justice seamlessly integrates those individual and group human rights particularly important to marginalized communities. We believe that the ability of any woman to determine her own reproductive destiny is directly linked to the conditions in her community and these conditions are not just a matter of individual choice and access.

I think from our perspective, reproductive justice is very much situated within the Black Lives Matter movement. And the way we that talk about that is that essentially, it’s not just about the right for women to be able to determine when and how and where they want to start families, but it is also very much about our right to be able to raise families, to be able to raise children to become adults…. And that is being hindered by state violence in many different forms. One form being violence by law enforcement or other state forces, and the other form of crisis through poverty and lack of access to resources and lack of access to health communities that are safe and sustainable. So we certainly understand that BLM and reproductive justice go hand in hand.

This is an important juncture in the BLM movement because it further broadens its scope, making an explicit connection between anti-abortion legislation, reactionary misogynist, anti-black “messaging” and economic justice activism. BLM’s embrace also comes at critical moment in the national mobilization over women’s rights. As the Supreme Court weighs HB2, a Texas law requiring that doctors who perform abortions at local health clinics have hospital admitting privileges, the threat to health care for poor and working class women has deepened. If the court upholds this dangerous law Texas would be left with as few as nine abortion clinics and other states would have the right to enforce similar laws.  The insidious implications of this shift should be a catalyst for further intersectional organizing—bringing together humanist, feminist and progressive voices against the forces of religious and political fascism.