Dissing DuVernay and the Lessons of Selma 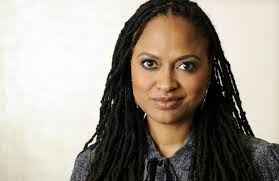 Every child in the U.S. should be required to see Selma for at least two reasons.  First, Ava DuVernay’s powerhouse film captures the political complexities and tactical ambiguities that informed civil rights movement organizing; from the behind-the-scenes factionalism among movement organizers to the FBI’s war on activists to the media’s influence on bringing black resistance to Southern terrorism straight into white Middle America’s living rooms.  Highlighting the contributions of black women activists and other lesser known unheralded organizers, the film reminds young people that historical change does not spring from the exceptional actions of visionary individuals but from collective action.  In this regard, Selma is an important antidote to mainstream portrayals that fixate on Martin Luther King as the sole impetus for the movement.

Second, the lessons of Selma itself are relevant to DuVernay’s “omission” from the Academy Awards nomination for Best Director.  True to Frederick Douglass’ assertion that “power concedes nothing without demand” the snub of DuVernay is criminal but of course not unprecedented.  Just as sustained organized action brought down Southern apartheid so must sustained organized action be directed at Hollywood’s billion dollar White Boy’s club.  Each year, people of color flock to inane comedies and big budget action flicks in record numbers (Latinos have the highest film going rates and the lowest rates of representation in mainstream film).  In the few theater chains that deign to operate in the "ghetto", we watch white people play out themes of heroism, romance, swashbuckling, leadership and political intrigue underwritten by multinational corporations which rarely endorse people of color portrayals that don’t hinge on minstrelsy.  Given this, why would the Academy, helmed by a cabal of older white men like the Tea Party, give a brilliant fierce black woman like DuVernay its imprimatur for disrupting one of white supremacy’s most sacred preserves?  Shaming white Hollywood into “validating” a few token nominees of color every five years does nothing to address its apartheid structure; refusing to support its lily white fantasies at the local multiplex does.

In Selma, DuVernay alludes to the limits of dismantling de jure segregation vis-à-vis de facto segregation.  Toward the end of his life, King confronted economic injustice and the intractability of capitalist exploitation.  Moving from “reform to revolution”, his final push for the Poor People’s Campaign underscored the divide between ending Jim Crow voting rights restrictions versus redressing deeply embedded structural race and class inequities.  In some respects, DuVernay’s exclusion from the film industry’s white male director canon exemplifies the elusiveness of the latter.  While white Hollywood post-Charlie Hebdo recently patted itself on the back at the Golden Globes for supporting free speech and the increase in diverse portrayals of (white) women, conditions for women of color are still in neo-Aunt Jemima territory.  Critiquing this civil liberties’ love fest, black feminist writer Britney Cooper slammed white Hollywood’s empty activist rhetoric as it ignored the Black Lives Matter movement.

Ripe for parody, liberal and progressive whites are obsessively fond of trotting out their savior on the cross allyship with downtrodden people of color.  To wit not one prominent white actor, actress, director or producer has spoken out about white supremacy in Hollywood greenlighting, financing, casting and decision-making.  But as Selma foreshadowed, the wages of whiteness are a far more insidious regime than segregated lunch counters.
Posted by Sikivu at 10:49 PM 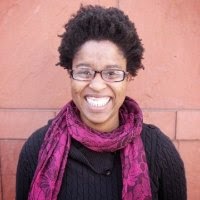 Last week, activists from the Black Lives Matter Los Angeles (BLMLA) coalition spearheaded the Occupy LAPD encampment, demanding a meeting with LAPD Chief Charlie Beck as well as the firing and prosecution of the officers who murdered Ezell Ford. The issue of black self-determination—queer, trans, disabled, undocumented—is at the forefront of this thriving mass movement, which not only challenges white supremacy but challenges the orthodoxies of mainstream patriarchal hetero-normative civil rights organizing.  On Tuesday I spoke to BLMLA activist Povi-Tamu Bryant, who was waiting to address the LAPD Commission after the dismantling of Occupy LAPD’s encampment and the arrest of fellow BLMLA organizers Sha Dixon and Dr. Melina Abdullah.  Dixon, Abdullah and Bryant, along with fierce black women BLM founders Patrisse Cullors and Alicia Garza, have brought an intersectional lens to the movement in an era where black youth of all genders and sexual orientations don’t see the complexity of their communities represented in hyper-segregated classrooms with apartheid curricula. Bryant’s comments on Ethnic Studies and the need for culturally responsive education were especially relevant in light of the recent implementation of a new California law banning suspensions for willful defiance in grades K-3. Willful defiance has long been used to target and criminalize “unruly” black children as early as preschool.  For children of color, criminalization at the preschool level is often the first phase in a path that leads to pushout in later grades and incarceration in adulthood.  It is also one of the most devastating tools in the destruction of culturally responsive education.  This partial victory is important in context of the growing leadership of community organizers who have waged daily resistance to police and state violence which has resulted in the stolen lives of black youth like Ford, Aiyanna Jones, Tamir Rice and Rekia Boyd.

SH: Historically when we look at civil resistance to state violence there has been a lot of focus on black male leadership and black male victims, often to the exclusion of black women who’ve been murdered, as well as of black women activists who have been on the frontlines of movement organizing.  What motivated you to become involved with Black Lives Matter L.A.?

Bryant: I was motivated to become involved last year after the acquittal of George Zimmerman.  I realized in that moment again just how little black lives are valued, and it made me feel like it was important to be around black folks, to share my rage and grief with black folks and to be showing up for myself, my community and my family.  BLMLA has a particular frame around the value of all black lives mattering; showing that black trans lives matter, black women’s lives matter, black disabled lives matter and black immigrant lives matter.  Having that frame allowed me to show up as myself—as a black queer gender-bending woman—and it has allowed me to really be involved with lifting up the disparities that black communities face.

SH: You mention the impact that state violence and dehumanization have on queer black women in particular and we know black trans women have high rates of physical abuse and criminalization.  How has that critical consciousness been factored into the emerging movement in terms of bringing forward activists that are doing intersectional work?

Bryant: With BLM we went from a hashtag to a movement.  We’ve tried to be super-intentional about creating space that lifts up the voices of folks that aren’t often lifted up when we think about black liberation and black struggle.  We come out of a very visible civil rights history in that a lot of the leaders that held up are often black men.  We see a lot of that happening today.  We’re trying to disrupt that narrative and flip the frame around what it means to do movement work to allow things like emotional labor be understood as movement work, to allow things like healing justice to be recognized as movement work.  We work with amazing orgs like the Trans Women of Color collective, who’ve been informing our thought process and dialogue and building our infrastructure around how do we make our space inclusive of trans women.  How do we make sure that the violence that’s experienced at super high rates by trans women is part of our narrative.

SH: There has been an increase in very frontal criminalization of black girls (both nationally and here in L.A.) which flies under the radar, especially with regards to national policy emphasis on young boys of color such as  President Obama’s My Brother’s Keeper initiative.  How can we incorporate the intersectional work BLM is doing into high schools and middle schools when it comes to classroom engagement with young people?

Bryant: We’re thinking about all black lives, including black youth who have been at the forefront of our conversations.  I think there’s a way for empowerment.  I think that’s important to inform policymaking decisions and decisions about the use of funding.  We recently got Ethnic Studies passed – what are those curricula going to look like and how are they going to lift up the lives and leadership of black queer folk, black women, black youth and all of these folk who are at these marginalized intersections? How do they actually get folded into the conversation so that the students see themselves reflected in that curriculum?  Educators should be engaged in this dialogue around what it means to have an intersectional approach in the classroom.  I think there are tons of institutional barriers already, but to not even be able to see yourself in the classroom--that’s adding layers of trauma to what we’re already experiencing in the classroom.  There’s a part of me that thinks that’s the very least of what we can do.  I think that we have some people around the table in BLMLA and in BLM nationally who are thinking about these things.