Queer Youth of Color Beyond Faith 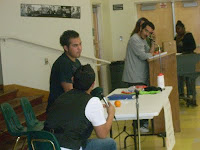 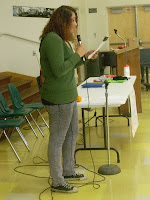 From The New Humanism

At LGBTQ youth conferences it is common to see sunny-faced volunteers from gay-friendly ministries and other faith organizations hovering by tables stocked with attractive promotional literature. Their message is simple: God is merciful, forgiving and accepting of difference. And it is important for queer youth to know that Jesus loves them too. Each ministry claims to offer sanctuary from the draconian storm of Christian fundamentalism. As a visible and vocal faction in the LGBTQ youth movement, these faith-based organizations fill a moral, cultural, and social void that Humanist organizations have yet to proactively address.

A recent summit on improving the visibility of LGBTQ issues in K-12 curricula, instruction, and faculty training within the Los Angeles Unified School District highlighted the gaping void in secular Humanist outreach. During the summit, the San Francisco-based Family Acceptance Project screened a film called "Always My Son" which chronicled a Latino family's journey to acceptance of their gay son. Finding a church that welcomed LGBTQ youth and families was critical to their transition. The boy's father spoke eloquently of how he struggled to come to terms with his own hyper-masculine identity as a tough ex-Marine. The relationships the family developed in their new gay-friendly church inspired them to open their home to other families with LGBTQ children looking for community support. In the summit's breakout sessions, representatives from the faith community touted ministries which were accepting of LGBTQ families and youth. They maintained that the model of an angry punitive god was inaccurate. Several condemned the Religious Right for perpetuating the view that being gay and Christian was incompatible. They stressed involvement opportunities for LGBTQ youth struggling to come out. They also spoke of providing a bridge for religious families seeking to reconcile their faith with the dominant culture's heterosexist notions of "morality."

In large predominantly black and Latino urban school districts like the LAUSD, Humanist voices are rarely included in these school-community dialogues for several reasons. First, for better or for worse, social acceptance of LGBTQ youth oftentimes begins with family, and a majority of the students in the LAUSD come from religious family backgrounds. Second, it is assumed that making organized religion kinder and gentler is the end goal for disenfranchised queer youth hungry for moral acceptance. Since faith is an important source of cultural identity in many families of color, it stands to reason that educators and resource providers working with gay youth develop culturally responsive approaches to engaging families around homophobia, LGBT identity, and religious belief. Third, and, perhaps, most importantly, Humanist organizations that do this kind of work are few and far between...

MORE @ Queer Youth of Color Beyond Faith
Posted by Sikivu at 8:00 AM

As Middle America shuffles out of its hangover from the Casey Anthony trial and into the debt ceiling morass, the war on women has been fueled by an insidious 21st century cult of true womanhood. Every month, more states are proposing craftier anti-abortion laws and provisions with blinding speed. Anti-abortion legislation, anti-abortion billboards, fetal homicide laws, restrictions on family planning access and the gutting of child welfare services have become the moral virus of American public policy, cutting a bloody swath through poor working class communities.

The violent moral policing of women’s bodies has always been crucial to American national identity. And the rising tide of public policy that is fundamentally anti-family and anti-woman is rooted in a very particular regime of gender, race and class. In the 19th century, when the U.S. was in its ascent as an imperial power, the Cult of True Womanhood was the standard for American femininity. Central to the Cult of True Womanhood was the ideal of white women as the moral protectors of home, hearth and family. As the model of purity, religious piety and supreme sacrifice, the “true woman” was the moral symbol of American nationhood reigning over the dark uncivilized Other of Africa, Asia and Latin America.

The mainstream media’s slobbery obsession with the Casey Anthony trial underscores how deeply the ideal of white womanhood is steeped in reverence for white motherhood. As many cultural commentators have observed, Anthony was appealing because she was a perverse representation of the Middle American “us.” She epitomized the seductive quandary of how seemingly good middle class white girls, good white mothers, could go so colossally bad. The white masses were transfixed and outraged by the tawdry saga of innocent little Caylee Anthony’s disappearance because she was “every child,” thus putting the sanctity of white motherhood on trial.

Being marked as bad bitches already, women of color don’t have far to fall when it comes to the pathological mother immorality sweepstakes. To paraphrase Gil Scott Heron, the realities of neglectful mothers of color will not be televised. They will not be the object of round-the-clock cable news, Court TV or supermarket tabloid frenzy. They will not elicit thousands of dollars in donations to defray their legal expenses because the subtext of the bad black or Latino mother is the good white mother whose children are America’s children. For example, fetal homicide laws disproportionately criminalize poor pregnant women of color. Like decades-old legislation that has penalized generations of pregnant black women for crack cocaine use, fetal homicide laws are the new frontier in the anti-abortion backlash. One of the more egregious examples of this is the case of Rennie Gibbs. Gibbs is an African American Mississippi woman facing a life sentence for murder after giving birth to a stillborn baby in 2006 when she was 16-years old. The state of Mississippi has charged that Gibbs’ stillbirth was due to her alleged cocaine use. Although medical reports concluded that Gibbs’ cocaine was not a contributing factor in her child’s death, the case is nonetheless progressing in criminal court after five years.

In some states, fetal homicide language loosely defines a person as an “unborn child in utero at any stage of development regardless of viability.” And it is no accident that the majority of these laws have been enacted in the South and the Midwest, where unrestricted access to safe, legal abortion resources is rapidly disappearing.

In an amicus brief in defense of Gibbs, several Mississippi health providers argue that these policies further criminalize drug addiction and discourage women from seeking treatment. White women drug abusers are far more likely to receive counseling, treatment and other rehabilitative care than are black women. Consequently, racist drug enforcement and sentencing policies, coupled with mainstream assumptions of bad black motherhood, make fetal homicide policies far more insidious for black women. Currently black women constitute over 30% of the U.S. prison population. They are primarily incarcerated for non-violent drug offenses and a significant majority of them are mothers. As the proportion of incarcerated black women swells the right wing assault on child social welfare services will cause both the ranks of black children in the foster care system and amongst the homeless to grow. Dispossessing black women of their humanity, the new cult of true womanhood trains a bullseye squarely on communities of color.

Sikivu Hutchinson is the author of Moral Combat: Black Atheists, Gender Politics, and the Values Wars.
Posted by Sikivu at 1:35 PM