“What is secularism without social justice in a nation where whites have over 20 times the wealth of people of color & our children are being pipelined into prisons?”

A gathering of freethinkers, atheists & humanists of color on the issues of our times Where are the White Feminists? MIA on Racist Misogynist Police Violence 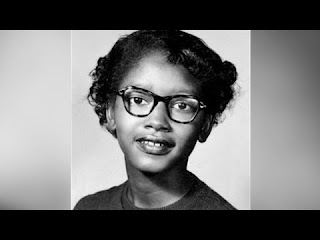 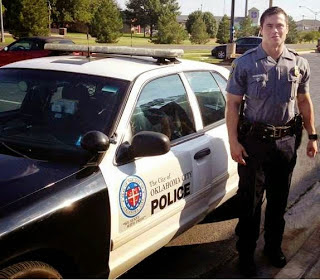 The Oklahoma NAACP recently called on the Department of Justice to investigate accused rapist and Oklahoma City Police officer Daniel Holtzclaw for federal hate crime violations against his black women victims. On September 5th, Holtzclaw was released on bail after being charged with sixteen counts of rape, sexual assault, stalking and sodomy. Judge Tim Henderson (who is running for reelection unopposed) reduced Holtzclaw’s bail from $5 million to $500,000 and required him to wear an ankle bracelet while on paid leave. With this unconscionable decision Henderson simply made clear the historical legacy of the law when it comes to black women and their moral character—namely that black women are sexually promiscuous "hos" with no rights that a white supremacist criminal justice system is bound to respect. Actress Daniele Watts discovered this last week when she was pulled over, interrogated and handcuffed by LAPD officers after kissing her white partner while they were parked in the lot of a CBS station in Studio City, California. Watts had the temerity to display affection in an affluent area where a black woman with a white man could never be anything other than a prostitute.

The murder of Michael Brown and uprisings in Ferguson refocused national attention on institutionalized police violence in African American communities. Yet police violence and terrorism against women of color are rarely on the agendas of mainstream white feminist organizations. Because white women of all classes enjoy the privilege of protection from criminalization and systemic brutality by law enforcement, state-sanctioned violence doesn’t register as a “feminist” priority. Living in neighborhoods that are on average more wealthy than communities of color, white women can rely on the police as a thin blue line insulating them from the visceral threat of the dark other.
Historically, the police have been critical to preserving the purity of white womanhood by not only promoting the image of the insatiable black rapist but that of the out of control black bitch. The pervasiveness of sexual assault, often by law enforcement, was a major catalyst for black women’s civil rights activism. In 1955, teenage civil rights activist Claudette Colvin was sexually harassed by white police officers in jail after she was arrested for refusing to give her seat to a white person on a Jim Crow bus in Montgomery, Alabama. Black women of all ages, classes and sexual orientations routinely endured beatings, sexual harassment, sexual assault, intimidation, verbal abuse, stalking and other forms of terrorism by law enforcement. Police violence against black women was merely an extension of the brutal policing of black women’s bodies under slavery. Like the “disreputable” primarily working class black women Holtzclaw is accused of stalking and sexually assaulting, Colvin was not deemed to be suitably respectable by whites or even some in the black civil rights establishment. As a dark-skinned, pregnant teen from a poor family, her lower caste status made her a less desirable candidate to launch a citywide bus boycott around than well-respected longtime NAACP activist Rosa Parks. This was a bitter irony and disappointment for Colvin, who felt marginalized by the very movement she helped advance. The politics of class, respectability and colorism were also an affront to Parks’ early activism. In 1944, Parks spearheaded the investigation into the gang rape of Recy Taylor, a young African American woman whose white assailants were never convicted.

Sexual violence by law enforcement doesn’t compel mainstream women’s groups precisely because of law enforcement’s role in safeguarding white families and white communities. After raping one of his victims Holtzclaw allegedly said that it (the rape) was “better than the county”; sadistically implying that it was better for her to be raped than to go to jail. According to Jessica Testa of BuzzFeed, Holtzclaw’s victims were initially afraid to report their assaults to the police because they feared no one would believe a black woman. Some were fearful because they had criminal records for drug possession or prostitution. Criminal record or no, all black women are criminal in a society that sets up racial hierarchies of femininity. Given the history of racist sexual violence against black women they are never viewed as proper victims.

After the Holtzclaw assaults were disclosed NAACP head Anthony Douglas rightly wondered, “Where’s my media and where’s my women’s groups?” Yet Douglas also made the problematic statement that he didn’t “look at this gentleman as a sex offender or a rapist” but as a “racist, because he racially profiled and targeted African American women.” To be crystal clear, Holtzclaw—as beneficiary of a criminal justice system that sanctions police violence against black women—is both. The historic failure of both the civil rights movement and women’s movement to grasp these intersections keeps black women criminalized.

Holtzclaw goes back to court on September 18th. Help ensure that he is given the maximum sentence and terminated from the Oklahoma City PD.