LAUSD’s Apartheid Hall of Shame (Part One), By Sikivu Hutchinson 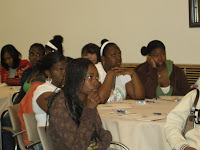 Sitting in the sparsely filled auditorium of Gardena High School in Los Angeles at the beginning of an annual senior awards ceremony, I looked around, and wondered; where the hell are the black parents?? I was attending the ceremony to see students from my Women’s Leadership Project program, the majority of which are African American and en route to four year colleges, receive much-deserved awards for service and academic achievement. Although black students comprise around 32% of the school’s student body, the vast majority of the award recipients were Asian (5% of the population) and Latino (60% of the population). The underrepresentation of black student awardees is the flip side of a national crisis that has received exhaustive, hand-wringing coverage but elicited little activist groundswell or targeted outrage.

The apartheid culture of black suspensions which pervades urban school districts like Los Angeles Unified has become a ho-hum business-as-usual human rights violation. Data on disproportionate black suspension rates is an acknowledged part of national discourse on education “reform.” The subject made the news again recently with the release of yet another study by the Council of State Governments on suspensions in Texas schools. Attorney General Eric Holder even deigned to weigh in, calling the study’s findings a “wake-up call.” The study seemingly revived mainstream attention to the longstanding debate about racial disproportionality and school discipline. But to those who are critically conscious about the role disproportionate discipline plays in the school-to-prison pipeline, this latest report was no revelation. It concluded that black and Latino students were disciplined far more harshly than white students who’d committed similar offenses. Black students were more likely to get off site suspensions and transfers to alternative schools. White students were more likely to receive counseling and on-site suspension or detention. As a result, students of color were more likely to drop-out of school. The report suggested that disparate discipline was symptomatic of deeply entrenched negative teacher perceptions about black and brown students.

As progressive black educators have long maintained, the picture in the LAUSD is even more egregious. After a careful study of the data of middle schools and high schools across the District, black students were disproportionately suspended and OTed (“opportunity” transferred to other schools) regardless of the racial background of the faculty and administration or racial demographics and socioeconomic background of a given school.

In some schools the ratio is astounding, an open secret that reflects profoundly on the degree to which black students in “post-racial” America are stigmatized by deep intractable stereotypes about black criminality, pathology and dysfunction. From South L.A. to the Westside to the Valley the implication is the same—black students are natural hellions that need to be controlled, neutralized and heavily policed to maintain the institutional “sanity” of chaotic urban schools. In a recent discussion about adult perceptions one of my students noted that some teachers appear to be “scared” of their students. Being scared of students means that teachers have low expectations, are more inclined to be reactive in their response to disruption, assign busywork and execute hierarchical classroom management. Consequently, some teachers will let them sit in racially segregated cliques, talk, disrupt and generally do what they want; then refer only those that they feel most threatened by out of class.

National research, such as the Southern Poverty Law Center’s 2010 middle school study and Indiana University’s 2000 “The Color of Discipline” report, has consistently shown that black students do not, in fact, “offend” at higher rates than their white and Latino counterparts. Moreover, socioeconomic disparities, as it is often claimed, don’t explain racial disproportionalities because middle class African Americans in higher income schools are also disproportionately suspended. This implies that black students are perceived by adults as more viscerally threatening. Indeed, “The Color of Discipline” report found that black students were more likely to be referred out of class for excessive noise, disrespect, loitering and “threat.” According to the Southern Poverty Law Center report approximately 20% of the teachers were responsible for 80% of suspensions. Ultimately “race and gender disparities in suspension were due not to differences in administrative disposition but to differences in the rate of initial referral of black and white students.”

Acknowledging the role suspensions played in the district’s skyrocketing drop-out rates, the LAUSD adopted its so-called School-Wide Positive Behavior Support (SWPBS) plan in 2007. The policy was designed to develop alternative “inclusionary” approaches to discipline by addressing the “environmental factors that trigger misbehavior.” After the implementation of the policy, some LAUSD schools did reduce suspension numbers from the 2008-2009 to the 2009-2010 school year. However, according to a 2010 report by CADRE (Community Asset Redevelopment Re-defining Education), a community-based organization comprised of parents, students and legal advocates, implementation of the new policy was sporadic. Schools that actually increased suspensions after the implementation of the plan included Gompers Middle School (with a whopping 960 suspensions and a 1467 student population), Gardena High School (531) and Jordan High School (423).

Grassroots activist organizations like the Youth Justice Coalition (YJC) are intimately acquainted with the implications of these disparities. The organization runs Free L.A. high school, a partnership with John Muir Charter School that is specifically designed for formerly incarcerated 16-24 year old youth. YJC executive director Kim McGill notes that many of its students have been pushed out of several schools before they enroll at Free L.A.

Despite the District’s public relations emphasis on SWPBS, the CADRE report (which focused on Local District 7 in South L.A.) concluded that parents had not been meaningfully informed about the plan. The majority of parents surveyed expressed ignorance of it and had not received input from the District. Only a small minority of the schools surveyed actually bothered to include parents on their SWPBS implementation committees. CADRE found that the majority of the schools in the local district surveyed were somewhere between zero implementation and partial implementation.

Yet the other significant aspect of this data is that it starkly disrupts the oft-cited premise of black and Latino congruence when it comes to discipline. Currently the LAUSD is over 70% Latino and 11% African American. Due to such factors as black outmigration and black enrollment in charter and private schools, the number of black students in the District declines every year. Black students are targeted, penalized and pushed-out in dizzyingly obscene numbers that predict and mirror their disproportionate numbers in L.A. County juvenile detention centers and adult prisons. In L.A. there also appears to be a correlation between declining numbers of black students and grossly disproportionate black suspension rates. At South Los Angeles middle school campuses with smaller numbers of black students (such as Bethune, Carver, Drew and Foshay) black student suspensions were two or three times greater than the number of black students in the general school population.

Not surprisingly, recently appointed LAUSD superintendent John Deasy—lauded by some for his alleged transparency and “reformer’s” chops—declined to be interviewed for this article. In a district where black students are already presumed guilty until proven innocent, Gardena High School’s racially lopsided awards ceremony was not only criminal, it was yet another indication of how black students are still being systematically discarded, held hostage not only by blatant push-out strategies but by bogus reform that straightjackets children of color with one-size-fits-all bromides. Where is the outrage?

Next: Community Organizing, Teachers’ Perceptions and the District’s Response.

Sikivu Hutchinson is an educator, founder of the Women’s Leadership Project, and author of Moral Combat: Black Atheists, Gender Politics, and the Values Wars (2011).
*Data compiled by author from www.lausd.net 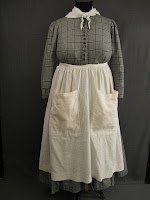 Last we spoke, summer of 1980, all your apple-cheeked savior missionaries had been safely dispatched to the freshest nooks and crannies of the third world. Rumor had it amongst the cherubs that there weren’t enough of them to service this corner of the ghetto; that that old time inner city anthropology, with a special serving of gangsta, was a poor way station for the whorishly bright-eyed and bushy tailed. Belatedly then, I say a little prayer to you, in the hope that this time the bloody din of crickets won’t drown out my plea for my own private mammylicious Aryan nation refugee; a hair flipping no-drop anti-diva who’s wicked with a wooden spoon and the arcane funk of cooking oils, a maven empathetic who’s only got the fear of you, Crisco, sweaty make-the-blind-see tent revivals and wayward baby dust weevils plotting in the bottom of a mint julep glass.

Of course God, this prayer, this petition is only a humble salvo in support of the sistahood, the intimate ties that bind all women regardless of the long dusky shadows of Tara, the mutant bones of Monticello slave cabins, the phantom molecules of rape beds dancing on a feather quill, a pedestal. So it shouldn’t be too much to ask that your fair candidate be versed in forbearance, have a Ph.D. in the province of black pathos, be a Zen master in the fine art of dewy eyes cast heavenward after days of wiping butt cracks and burnishing dirty dishes to a radioactive gleam. Lawdy, give me an Aunt Missy Anne or Uncle Cracker Remus whose world turns on my every utterance and peccadillo, whose practiced snout can sniff out any hint of “man trouble”, whose spider sense tingles at the most abject of feminine woes and ample bosom heaves to harbor all God's chillun at their most trifling snotty-nosed and godforsaken. Send me some Coolade grinning zip a-dee-do-dah wand waver swaddled in a magical cashmere do rag who can conquer the deep dark wilderness of unbleached roots and lend a soft pale shoulder to slobber my hard luck on. A whole psychic friend network slick as moonshine in Mississippi starlight, sassy enough to anticipate my next petty grievance, my weepy unravelings months before with the mother wit necromancy of rolling pins crushing a hot O’Keefe and Merritt down to cornbread dregs, blessing them with the true grit of the buck dance and the inscrutable ways of white folk.