Sikivu at Center for Inquiry 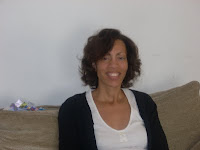 For black atheists, actively breaking with religious tradition is an even graver rejection than that of white intellectuals electrified by atheist gurus like Christopher Hitchens or Richard Dawkins. This is partly due to the fact that the history of African American civil and human rights resistance is heavily steeped in Judeo-Christian religious dogma. In this talk, Los Angeles-based writer-author Sikivu Hutchinson will discuss the tensions that exist in African American culture around living a moral life beyond the boundaries of organized religion. She will address the role secularism/atheism play in shaping contemporary black perspectives on such hot button issues as abortion and same-sex marriage and examine how the cultural knowledge and lived experience of atheists of color “nuance” the conversation around American atheism.