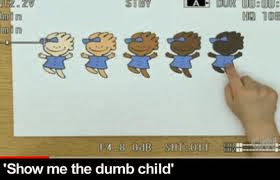 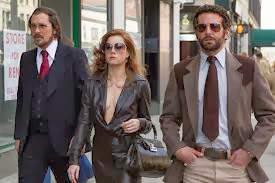 Ah the splendor of black music. What would white supremacist civilization do without it? Homegrown, soulful, it is the forbidden spice in a thousand scenes of white folk romancing, cutting loose, getting it on and minding the empire’s business. Black dynamism has always been a wellspring for white theft. For many people of color, going to 21st century movies is a soul-sucking exercise in being trained to see power through white eyes, often with the strategic pomp of a black soundtrack. Death by trailer, it is the masochistic pleasure of being bludgeoned into mental submission by the narrative of white heroism (in the form of Mark Wahlberg, Matt Damon and George Clooney), white hetero-normative romance (in the form of faceless anorexic white girls and boys slobbering over and devouring each other) and white domesticity in white picket fence communities.

Generations after psychologists Kenneth and Mamie Clark’s 1947 doll test experiment on racial identification (which has been updated several times over the past decade with similar results), children’s images of whiteness remain rigidly framed through the lens of humanity, civilization, ingenuity, genius, beauty and morality. When children of color see themselves at all in American film it is as ethnic exotica, sidekicks for the enterprising white boy/girl protagonist or fly-in-the-buttermilk diversity mascots fleshing out a classroom scene. According to a 2012 study by the USC Annenberg School, 76.3% of all speaking characters in American film were white while whites comprise 56% of U.S. ticket buyers. By contrast, Latinos comprise 26% of ticket buyers and 17% of the U.S. population, yet account for only 4.3% of speaking roles in film.

In 2013, the American film industry raked in over 10 billion in profits, plowing over people of color who now comprise the majority of California’s population. In the new film American Hustle blacks, Latinos and Arabs are the colorful backdrop to the ribald shenanigans of a cunning yet endearing white couple cruising toward redemption and nuclear family-hood in New Jersey. Based on the so-called “Abscam” sting of 1982, which brought down several East Coast politicos, the film is studded with people of color props while white lady privilege—in the form of actress Amy Adams’ ingenious temptress schemer—wins the day. The film’s straight white protagonists plot and cavort to R&B music by African American artists; they court and lust to classy-white-people staple Duke Ellington and sneer when a Mexican American FBI agent posing as an Arab sheik meekly protests that the term Abscam (a mangled combination of Arab and scam) is racist. With its blast from a comfortable past twist on illicit white suburbia Hustle has racked up accolades and even been hailed as “filmmaking at its best.” Safely scrubbed of black and brown voices in speaking roles Hustle approximates the pending orgy of awards shows which will toss a little red meat to a few black tokens (e.g., 12 Years a Slave and the Nelson Mandela biopic) then bask in the congratulatory glow of whiteness.

Last year, the L.A. Times published an in-depth analysis of the race and gender demographics of the Academy of Motion Picture Arts and Science’s members. The Academy Awards generate millions of dollars for an industry that remains one of the most stubbornly Jim Crow corporate bastions in the world. Not surprisingly 94% of Academy members are older, white and male. The majority of Southern California members live in some of the most segregated enclaves in Los Angeles, safely tucked away from the black and Latino hordes in their super elite lily white Beverly Hills, West L.A. and Santa Monica neighborhoods. Even though the array of generous tax incentives offered in other states have displaced Los Angeles as the center of American film production the city still profits hugely from the industry and cheap non-living wage labor. In July, African American marketing executive Cheryl Boone Isaacs was elected Academy president. Despite this nod to “diversity”, the Academy’s Tea Party demographics speak to the greater issue of film representation in front of and behind the camera. According to Annenberg only 8% of directors, 13.6% of writers and 19.1% of producers were female, while the numbers were even more abysmal for people of color. Commenting on this regime acclaimed writer-director Ava DuVernay (the first black woman to win a Sundance Film festival Best Director award) quipped that, "I pretty much know us all personally."

Seeking to redress these disparities, DuVernay spearheaded the African American Film Festival Releasing Movement (AFFRM) in 2011. But the gross disparities in film industry hiring, casting, promotion and “greenlighting” are also buttressed by the complicity of print media. Despite their waning status as media leaders, the executive and editorial staff of the L.A. Times, New York Times and Wall Street Journal play an important role in upholding the film industry’s corporate pigmentocracy. Thus, while there have been numerous articles in these corporate newspapers hailing the increase in strong complex roles for white women in TV and film there has been no recognition of the continuing dearth of artistic opportunities for women of color. Indeed, the L.A. Times entertainment section only deigned to identify one or two (non-musician) people of color in its 2014 “Faces to Watch” pictorials.

The global implications of this corporate media white-out are reflected in my students. In classroom discussions many of them cannot name a role model of color (aside from rappers, singers, Oprah and MLK) or identify substantive portrayals of women of color in film and TV. Even though alternative filmmaking mediums on the Internet and elsewhere have exploded over the past decade few if any express the desire to be writers, directors, cinematographers or producers. Despite the reign of digital media, streaming and You Tube, youth of color are big moviegoers. Yet, targeted by the barrage of demonizing portrayals of their communities, they dismiss filmmaking as an impractical white medium that’s only accessible to an elite few. But the crafting of screen images is a major aspect of cultural propaganda, identity formation and nation building. And the battle for the psyches of children of color continues to occur in the dark, at the multiplex, where segregated Middle America still sees itself validated as the center of the universe.