I Wanna Be A Macho Man: The Prosperity Gospel According to Eddie Long 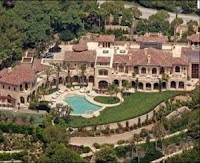 Accused of sexually abusing young men in his congregation, arch homophobe and macho man mentor of boys Long would seem to be the devil’s latest casualty.

In a week in which “God” has been routinely invoked to immunize crooks from criminal investigation and social condemnation, the Long allegations are yet another shining example of the sexually, morally and fiscally corrupt business of organized religion. In the scandal-plagued city of Bell, California an indicted City Council member/pastor trotted out his belief in God as a cover for alleged misconduct. In an investment fraud case reverberating through the Los Angeles Police Department, victims cited the “Christian” orientation of the suspects as the primary motivating factor for their trust. Arguing for clemency, supporters of Virginia Death Row inmate Teresa Lewis piously vouched for her Christian prison “conversion.”

The ATL’s very own ringleader of the prosperity gospel, Long has blazed a trail as an anti-same sex marriage Christian soldier and self-proclaimed “spiritual daddy” to a nationwide army. After the death of Coretta Scott King in 2004, Earl Ofari Hutchinson notes that, “Long's anti-gay phobia was so virulent that then NAACP president Julian Bond publicly declared he would not attend (her) funeral service at Long's New Birth Missionary Baptist Church.” A prominent supporter of George W. Bush and his anti-gay policies, Long and several other prosperity gospel predators were the subject of a 2007 federal probe on fiscal mismanagement of their tax exempt status. Launched by the U.S. Senate, the investigation was spearheaded by the Trinity Foundation, a nonprofit “religious media watchdog” dedicated to exposing fraud and financial improprieties within the billion-dollar megachurch industry.

Long’s empire of niche ministries, books, gospel shows and seminars powers a robber baron’s lifestyle of expensive cars, homes and private jets. One of these niche ministries involves spiritual counseling for young men and “delivering” men from homosexuality. According to a former New Birth parishioner, Long evoked themes of hyper-masculinity and required obeisance to himself as divinely ordained patriarch. The trespasses of Long and other good Christian evangelicals was scrutinized in Sarah Posner's 2008 book God's Profits: Faith, Fraud and the Republican Crusade for Values Voters. Yet while the sex abuse epidemic in the Catholic Church has received much coverage, similar epidemics in Protestant churches have remained underreported. Commenting on the 2008 Chris Brown/Rihanna abuse incident black feminist anti-violence activist Kevin Powell recounted how he’d been approached for advice by a young woman who had been sexually abused by her pastor since she was five years old. Similarly, a young woman of my acquaintance related that she had been repeatedly molested by her pastor after her parents had entrusted her in his care. Clearly, sexual abuse is an endemic social issue that is not peculiar to organized religion. However, the mindset of the religious sexual predator is markedly different from one operating in a secular context because of the presumption of righteous morals and a higher calling. Further, religious hierarchies (be they Muslim, Christian, Mormon, Orthodox Jewish, etc.) delineating masculine roles, responsibilities and privileges perpetuate a culture of patriarchal entitlement and heterosexist control. The Bible’s sanction of violence against women (e.g., rape and forced marriage) provides theological justification for viewing and treating women like property. If women are deemed to be second class citizens in scripture, and consigned to helpmate roles in the church, why wouldn’t male clergy act with impunity when it comes to sex and power? And if the culture of compulsory heterosexuality demands that men hew to rigid gender norms, it stands to reason that some closeted gay clergy will abuse their power by sexually abusing young male parishioners. Indeed, the heterosexist cult of the exalted pastor is based on the belief that “real men” should be inscrutable in their exercise of power and authority. Thus, the religious sexual predator may rationalize his behavior as being “ordained” by God. God confers him with ultimate authority and moral license. “His” ways are part of a divine moral order that mere laypeople don’t have access to.

From the time African American children become socially aware, the dominant culture reinforces the heterosexist perception of male clergy’s invulnerability and “above the law” status. Preachers are revered as founts of knowledge, wisdom and “reason.” In middle to working class black communities the absence of formal religious training or education is no barrier to having the title “Rev” “Dr.” or even “Reverend Doctor” slapped in front of one’s name. Consequently, the strong preacher (father) figure is one of the most universally respected models of masculinity in African American communities. Available for counsel and succor to male and female parishioners, the "daddy" pastor’s biblically sanctioned faith pimping spiritual ministry translates into emotional manipulation, psychological control, and sexual exploitation.

In America being a macho man and a professional homophobe is big business, one that jeopardizes the lives and mental health and wellness of thousands of gays and lesbians. Regardless of whether the allegations against Long are true or not, his prosperity gospel of gay-bashing and robber baron profiteering at the expense of poor black people is another indictment of the moral injustice that happens on "God's" watch.
Posted by Sikivu at 2:05 PM

We are now seeing more and more of this "enlightened by God" pastors in latino america.
At the same time, I think there is a bunch of frightened people that are willing to give all they have (i.e. money, properties, childresn, spouses, themselves) only to get in change a big lie: certitude. It's like a drug, which this bastards know very well how to manage in a billionaire business

On a related topic, these prosperity pastors and prosperity churches should be taxed because they prosper from congregants' tithes and offerings which they often say is demanded by God and the Bible and then go and use that wealth for their own benefit in "business empires" made out of believers faith in their unimpeachable "spiritual and charitable credentials".

Absolutely -- there is a pretty clear socioeconomic/institutional reason why so many Afr-Am and Latino folk are deeply invested (emotionally, psychologically and financially) in the structure of organized religion. When we look around at segregated "inner city" communities churches--from storefront to mega--are often the only visibly "sustainable" social institutions, by dint of the capitalist drain on poor black and brown urban communities, i.e., the absence of commercial development, living wage jobs and (for youth/families) recreational centers and green space. The religion industry fills and capitalizes on this vacuum.

great post..
you are so correct. in secular institutions sexual predators are run out but for the reasons you discuss in religious institutions people doubt the accusers and victims.

These congregations of "Sheeple" would rather believe their thieving pimpster than the victim.. Thats insane. I agree with Chris, these overpaid motivational speakers need to lose their 501(c)(3) status and pay taxes like real hard working citizens