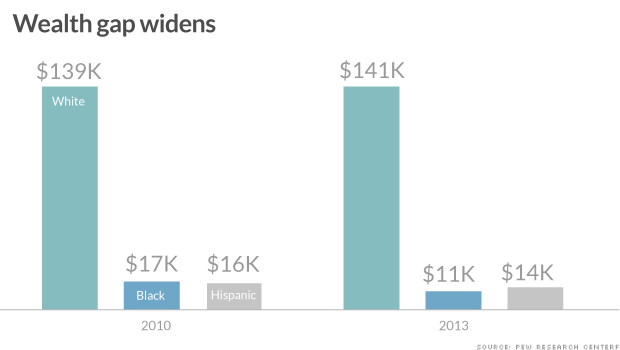 When President Obama and other corporate Democrats approved the recent spending bill they thumbed their collective noses at working class communities of color.  Brought to us by Citigroup, JP Morgan and other robber baron banks who plunged thousands of homeowners of color into crippling debt, the new budget will phase out Dodd-Frank regulations that prevented banks from trading in “the risky derivatives that sparked the financial meltdown of 2008”.  It will also increase the amount wealthy donors can contribute to political parties and cut some multi-employer pensions. The financial meltdown disproportionately affected African American and Latino homeowners who were targeted by Bank of America, Wells Fargo, Countrywide and other big lenders for subprime and predatory home loans.  Although Obama is perfectly willing to engage in the optics of fake racial reconciliation on Ferguson and the Eric Garner case, his endorsement of the new bill further underscores his cynical disregard for the socioeconomic wellbeing of communities of color.

In black and Latino neighborhoods across the country the legacy of the mortgage debacle is vividly exemplified by months-old For Sale signs, “bank-owned property” notices on lawns and abandoned homes. CNN Money reports that “Between 2004 and 2010 blacks and Latinos lost nearly a quarter of their wealth, whereas whites lost nearly 1%”.  While the mortgage debacle gutted black and Latino wealth, the wages of whiteness have protected white working and middle class Americans from wholesale economic blight.  According to a recent Pew Report, “The Great Recession hit all Americans hard, but only whites have seen their wealth rise during the recent recovery…widening the already massive wealth gap between whites and other racial and ethnic groups to near record levels.”  Despite this fact, some whites still want to claim the ultimate victim status in the blue collar disenfranchisement sweepstakes. In their minds, poor whites are losing ground due to waves of job-stealing immigrants, reverse discrimination and affirmative action. According to this narrative, anti-white racism is the last acceptable preserve of bigotry and cops like Darren Wilson are themselves victims of a backlash against white males.

Clearly poor and white working class families were belted by the Recession.  However, the persistence of racialized wealth inequality eludes even the most progressive white “anti-Wall Street” policymakers. Although left-wing darlings Congressman Bernie Sanders and Senator Elizabeth Warren (who led the charge against the rollback of Dodd-Frank regulation) have been some of the most vocal opponents of the oligarchy class they’ve had relatively little to say about the role white supremacy and institutional racism play in wealth inequality. In a recent NPR interview about the midterms and his presidential aspirations Sanders was asked about racial disparities in job access and income.  He dismissed the question, implying that it was short-sighted if not petty.  Musing on why Democrats continue to lose white voters he maintained, “I am focusing on the fact that whether you're white or black or Hispanic or Asian, if you are in the working class, you are struggling to keep your heads above water.”  Sanders argued that Democrats fail to appeal to the economic interests of white working class voters but seemed willfully ignorant that the GOP’s appeal has always been based on white supremacy.  Simply put, some whites remain wedded to the GOP due to racism and race partisanship—as long as the Democrats represent big government spending and “handouts” to lazy blacks and undocumented Latinos “hostile” to American values, white working class people will continue to be beholden to the Republican Party for decades.
Sanders’ colorblind paternalism is all too common among white liberals and progressives.  When they trot out the mythic “working class” they frequently invoke images of heartland workers whose formerly unionized jobs have been decimated by globalization, destructive free trade and right-to-work policies.  Yet whites of all classes have been bolstered by the rebound in the stock market as well as rising rates of homeownership and increases in home equity.  While only 47.4% of people of color were homeowners in the last year, 73.9% of whites owned homes.  The bulk of black and Latino middle class wealth is concentrated in homes that are worth far less than those of working class whites.  Because homeowners of color are more likely to own houses in socioeconomically depressed segregated communities that have not rebounded from the recession their home equity is often minimal to nonexistent.

For black women the nexus of income inequality and the wealth gap is even graver.  Although black women’s median wealth levels are among the lowest in the nation they have the highest workforce representation among all groups of American women.  Black women over sixty-five have the least wealth of any group in the U.S. and are less likely to have employer-funded pensions.  Because black women are more likely to work for poverty level wages right-to-work laws are especially devastating for black families.

Sanders and other liberal-progressive policymakers have long proposed creating a federal jobs program to redress income inequality. But a federal jobs program will not remedy decades-long segregation in the U.S. housing market nor bridge the gargantuan race/gender wealth gap.  It will not improve a K-12 school system which disproportionately criminalizes youth of color while shutting them out of college.  Neoliberalism and capitalism thrive on and exploit disparities in race, gender, sexual orientation and geography; a fact that has always worked to white America’s advantage. 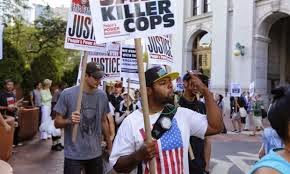 Now that the grand jury in Staten Island has desecrated Eric Garner’s dying breath and re-confirmed fascism in the U.S. what Black person has confidence in the justice system?  What descendent of slaves has “faith” that speechifying, praying, and pleading for the system to recognize Black life will have any demonstrable impact on the United Terrorists of America?  Who believes that the rule of law means anything other than a jack boot and a lynch rope around the neck of African-descent people who built this country brick by brick?

As progressive educators many of us enter the classroom every day with fierce expectations of change and redress.  Working against textbooks that obliterate poor and working class people of color, we teach our students about social history to enlighten, inspire, transform and enable them to think critically about the similarities and differences between past and present.  Even among those of us who push back against grand narratives that pimp the obscenity of Western exceptionalism there is an implicit assumption about progress; a secular faith in “advancement” despite the face of insidious institutional racism.

Today, we go into the classroom with that secular faith blown to bits yet again. Today, some of us will tell our students that the Garner decision makes it important to amplify that people of color have always fought terrorism on this soil.  Some of us will say that the U.S. has a history of using the Orwellian language of freedom and justice to vilify the non-Western other while waging terrorist war against its own.  During World War II black activists fought the hypocrisy of the U.S.’ campaign against fascism in Europe.  These interventions were the legacy of 18th century revolutionary war era protests and legal resistance that free and enslaved Africans mounted against the tyranny of “democratic” empire.  Social justice pedagogy is designed to empower young people to critique, question and ultimately organize against these contradictions.  When we teach we try and lift up these brutal contradictions and show how they inform the present.  In an age of wall-to-wall corporate media it’s one of the last bastions of decolonization for youth of color who are told that race is no barrier but see white supremacy at work every day.  But in the cold light of unrelenting state criminality and savage indifference to black life it’s difficult to remain hopeful.
Discussing racism and discrimination with South Los Angeles students in a new multiracial leadership group before the Ferguson decision, some were initially hesitant to unpack their experiences.  Yet in the same school students reported that some teachers divide their classrooms by seating “smart” Latino students on one side and “underachieving” African American students on the other.  In the same school black boys are led away in handcuffs by school police every week.  In the same school “out of control” students of all genders are physically restrained.  In the same school, and in schools just like it across the district, black students are grossly under-represented in Advanced Placement and Honors classes but pack special education classes and detention halls.  Unlike the murder of Eric Garner, these are the routine, everyday acts of state violence that are never captured on videotape but also signal that breathing while black remains a punishable, lethal offense.  Our challenge as activist teachers and mentors is to keep pushing students to see that the system doesn’t want them to see these terrorist violations as the same.